The Trust for the Americas and the OAS presented the 2019 Corporate Citizen of the Americas Award in Washington, D.C. 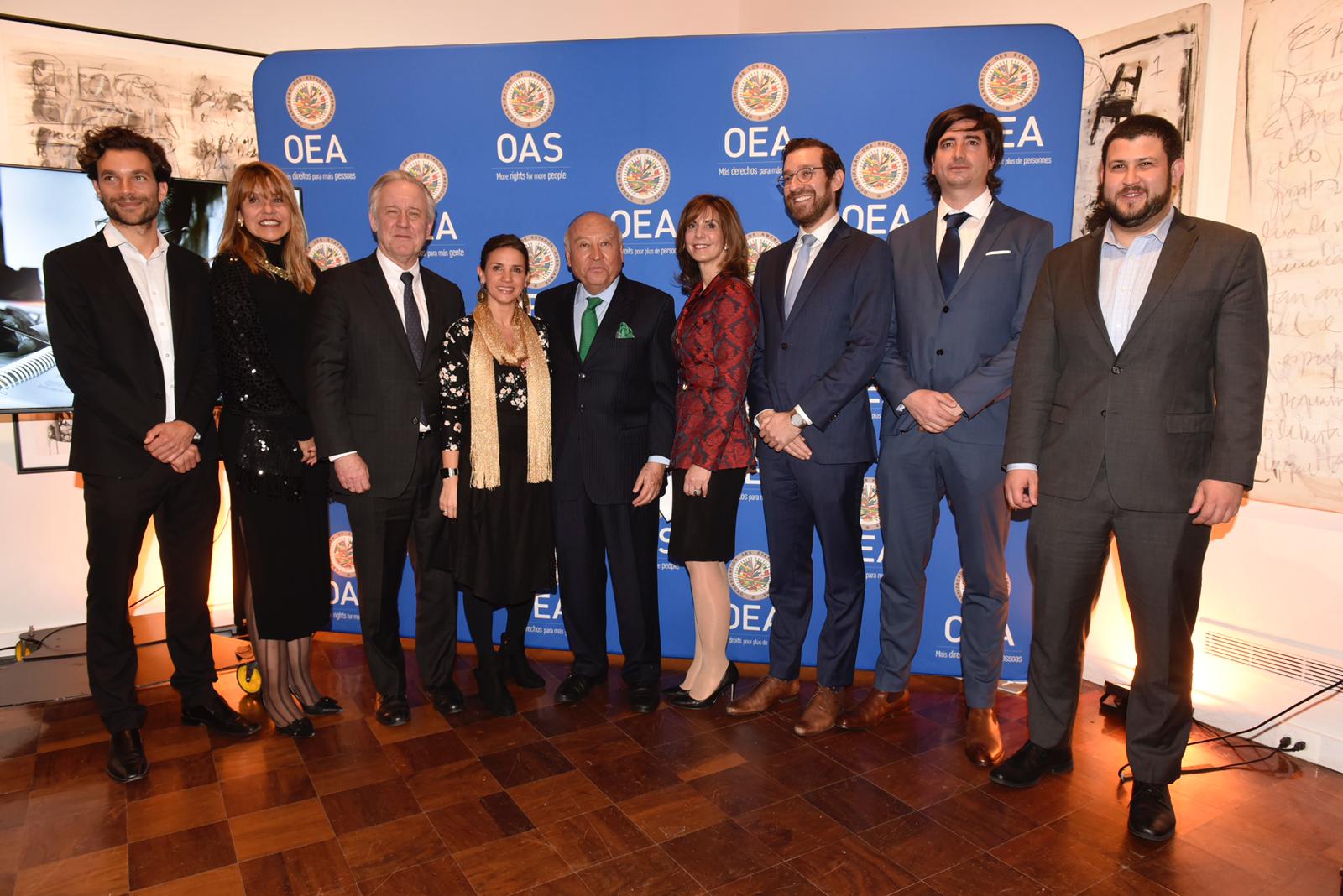 Washington, D.C. December 5th, 2019 – This year The Trust for the Americas and the Organization of American States recognized one private company Sierra Nevada (Colombia), one “social enterprise”--Migraflix (Brazil), and one NGO --The TENT partnership for Refugees-- for their work in support of Venezuelan migrants in the hemisphere.

Sierra Nevada is a 130 employees hospitality company established in 2013. For the past two years has provided low-cost food at places where refugees gather, such as bus stations. It has also hired 50 migrants (including hearing-impaired migrants). Sierra Nevada is spearheading a campaign to highlight the plight of refugees, diminish xenophobia, promote tolerance and increase the hiring of refugees by other businesses.

Migraflix is a social enterprise that encourages Brazilians to take refugees from all over the world into their homes to help the refugees integrate into Brazilian society.

TENT Partnership for Refugees (USA) has brought its experience to the refugee crises in Latin America to focus on the needs of refugees: employment; obtaining services; and supporting entrepreneurship. Its Latin American operations are implemented by 21 businesses and involve more than 1,000 both multinational and national organizations.

The ceremony was led by Mr. Enrique García, Chairman of the Board of the Trust for the Americas and former president of CAF.

At the ceremony, a special virtual reality film consisting of a 360° immersive called ¨Walking for Freedom: A Venezuelan Story” followed the stories of Venezuelan refugees fleeing their country. This production is a collaboration between the Global Shapers Community (an initiative of the World Economic Forum), the Plan País NGO, and Mycrom Films (a trademark of Mycrom Logistics, a film production company based in Lima, Perú).

At the close of the ceremony, a video recorded by Fonseca was presented, expressing his commitment to help Venezuelan migrants in Colombia through his Fundacion Gratitud. "The Trust for the Americas and the Organization of American States achieved something fundamental: invite key players in Latin America to work together and together get to face one of the biggest crises facing our region. From Fundacion Gratitud we are committed to supporting Venezuelan migrants in Colombia because we believe in the wealth that cultural migration provides."

About The Trust for the Americas:

The Trust for the Americas is a non-profit 501(c)(3) organization affiliated with the Organization of American States (OAS). Established in 1997 to promote public-private partnerships, The Trust has implemented projects in 24 countries and has worked with more than 1,000 organizations in the region. Our initiatives seek to promote educational and economic opportunities, as well as the responsibility and transparency of the government. Our unique alliance with the OAS allows us to have access to decision-makers within the region. This fundamental partnership is the basis through which we create strong networks in all member states and the private sector. Through the development of our region, The Trust continues to contribute to overcoming challenges through strategic alliances that promote cooperation for sustainable results.