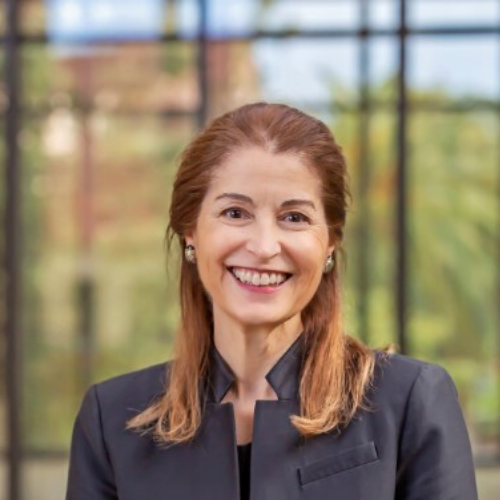 After eleven years as the inaugural Executive Director of the Stanford Center on Philanthropy and Civil Society (Stanford PACS), Meredith stepped down and immediately joined the Stanford PACS Advisory Board. Prior to joining Stanford PACS, Meredith served as the Chief Development Officer for Planned Parenthood Federation of America (PPFA) in New York City. Before joining PPFA, she served as the Chief Operating Officer at Planned Parenthood Golden Gate in San Francisco. Meredith launched her business career in corporate America at AT&T for nearly a decade.

Meredith serves on the Board of Directors of the George Lucas Education Foundation, Essential Access Health, Trust for the Americas and the Laura Arrillaga-Andreessen Foundation (LAAF) Advisory Board and YPO Pacific U.S. Gold Regional Board. She held a recent six-year board term on Silicon Valley Social Venture Fund (SV2).

Meredith graduated from Stanford University with a B.A. in Economics. In 2005, she received a fellowship to the Stanford Graduate School of Business Executive Program for Nonprofit Leaders, and in 2018 was sponsored for the UC Berkeley – Haas School of Business, Berkeley Corporate Board Workshop.